At the prospect of designing a neverending screensaver in isadora, I was reminded of all the hypnotic, daft but simple screensavers on windows 95. In my first iteration, I wanted to simulate the customization texts on a screensaver which served as a reminder and flashed while one was away from the scene. However, I wanted to try my hand at something that needed a little more finessing with the technical parameters in Isadora. I wanted to create a seamless, generative and geometric screensaver which one could zone out to.

I challenged myself to make gradients with the gaussian blur of various shapes. I probably didn't create my patch efficiently, but it did the job. In this assignment, I was able to get a better grasp of limit-scale actors and wave generators to modulate the animations generatively and seamlessly.

I watched the television mini-series World On A Wire and I was inspired by the rich colour story of the late 1960's. There were geometric interiors and continuous lines which inspired the approach I took to the screensavers. Sticking to monocoloured themes, I wanted to play with the different shades to give a dimension of layers on Isadora which doesn't seem too straightforward to do.

So my research then continued into other artforms with geometric shapes, which brought me to the constructivist works of Malevich and 1970s prints. 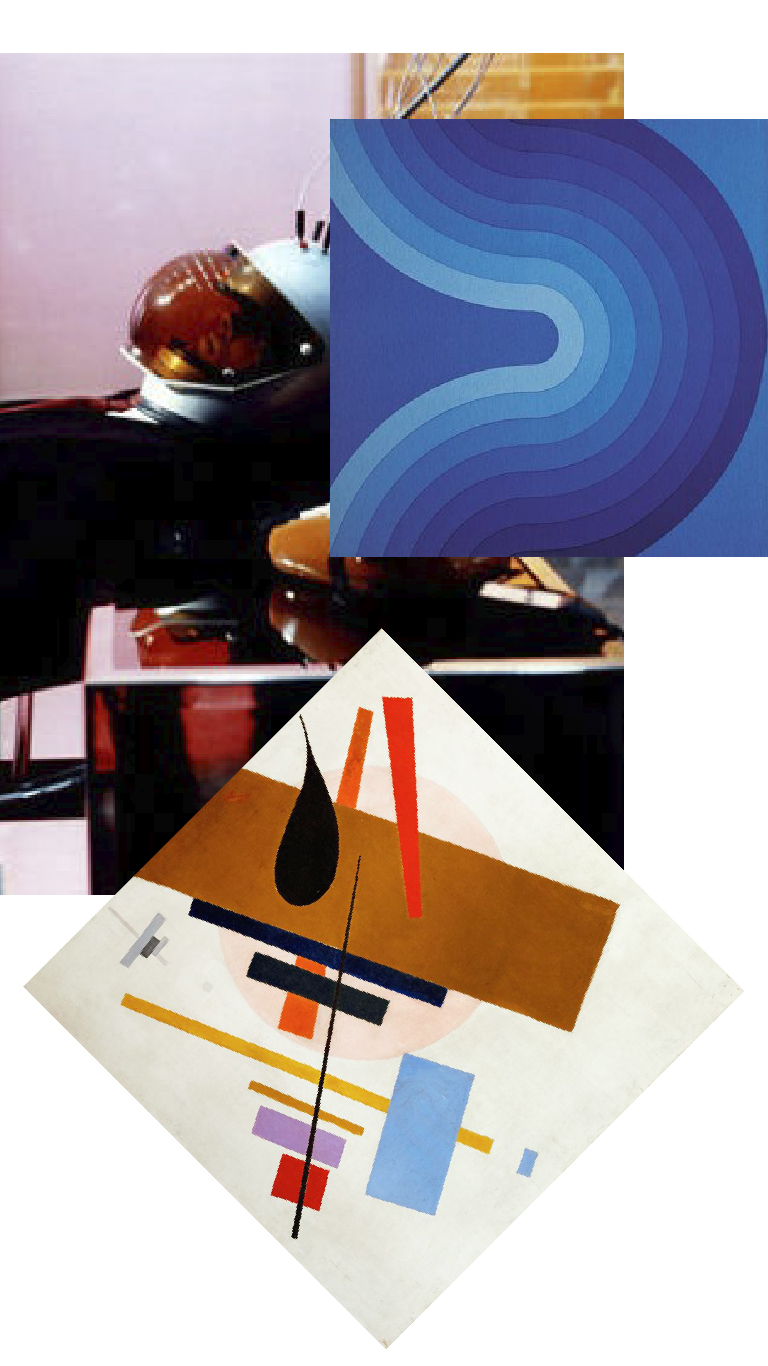 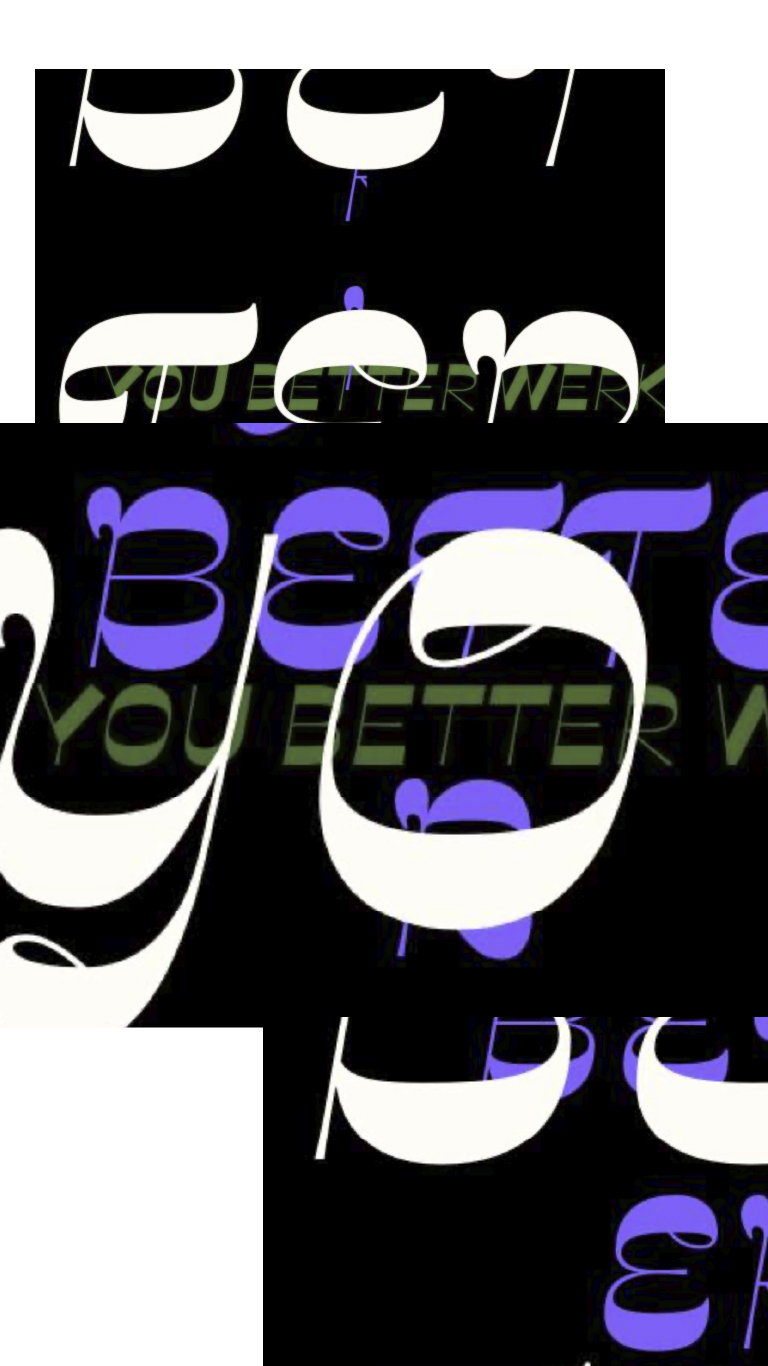 The left shows my earlier iterations. I kept it simple because I was just trying to understand the ways in which type can be rendered kinetically and generatively.

The right, shows a more focused geometric approach in which the work takes on a more hypnotic and seamless lapse of event and movement. 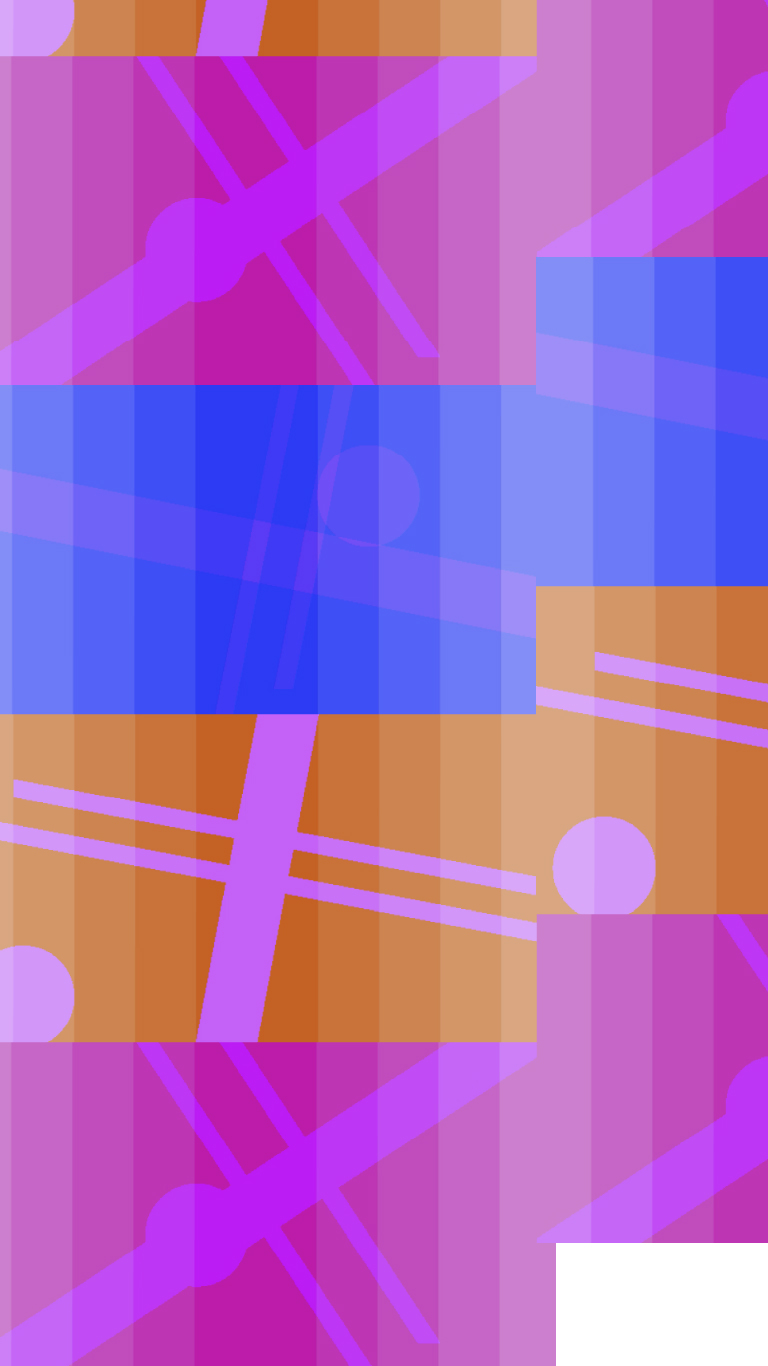 This scene uses vertical bars with
changing shades. The shapes are rotating and bouncing between the parameters
of the screen through limit-scale value actors in Isadora.

There are 4 rectangles breaking up the
screen which are offset in their shading processes. The diamond in the front is alphamasked to show what is behind the foreground.

The lines are auto-generatived using the randomized wave generator to give new positions for the lines which are organized onto a grid. Overall I tried to achieve the illustion of depth in all 3.

Using enter scene, trigger delays, I connected the 3 scenes to be viewed as one continuous piece.

I challenged myself to use a memorable quotation from the movie in which the main character
becomes suspicious that he's living in a simulacron.

"I want to find out who's crazy — us or them" is spread between the 3 scenes.